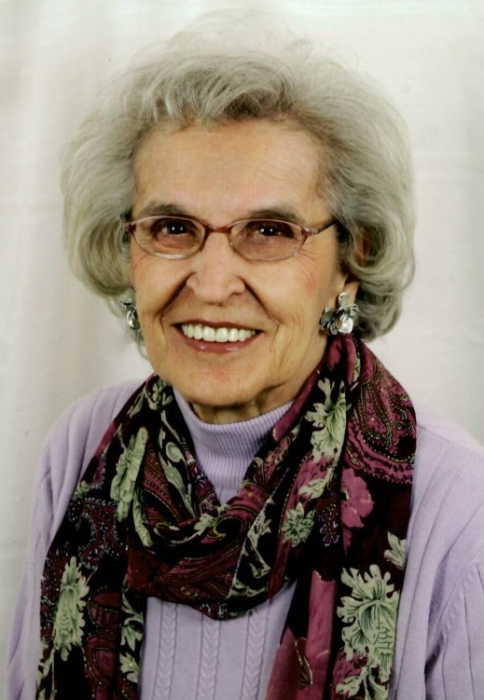 One of ten children, she was born in East Chicago, Indiana but raised in Big Lake, MN where her Hungarian family farmed. After the death of her father, the family struggled and she moved to St. Paul for work. There she met her husband, Edmund Hanson and they raised their family together. Widowed at 42, she was both father and devoted mother to all of her 13 children.

She spent her adult life in St. Paul's West 7th Street neighborhood. Mother to her children, and "second mom" to dozens more who were welcomed through the years to stay a few nights to a few months in her home, if they had a need, and she had the room. It was not unusual to wake up in the morning to find a friend of one of her children sleeping on the couch. To her, there was always room for one more person or enough left overs for one more meal. She lived her faith by living her life. She loved her teacher-aide work with children at St. Peter Claver grade school, and made lifetime friends with the nuns she worked alongside for 17 years at Little Sisters of the Poor, retiring at the age of 76.

A faithful parishioner at "St. Stan's" Catholic Church, she took pride in making the gravy for the Fall Festival for years. She did not know the meaning of self pity. She was strong, independent and met the world head-on with a caring determination and amazing persistence. Her life was not easy, but it was a life well lived, deeply affecting many.

A special thanks to the emergency room staff at Regions Hospital who went out of their way to thoughtfully accommodate all who rushed down to be with her in her last hours.

To order memorial trees or send flowers to the family in memory of Julie Hanson, please visit our flower store.