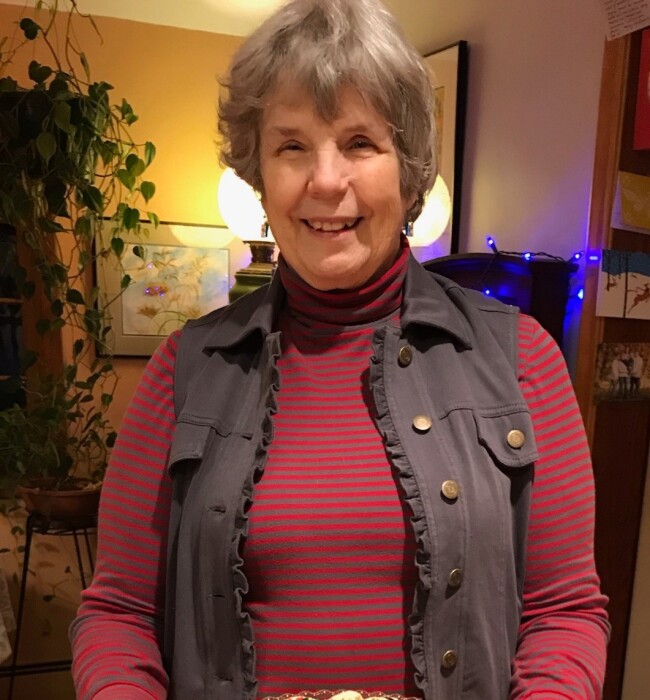 Marjorie was born in Oklahoma City, OK on May 18, 1942 to Mary and Jack Burton. She graduated from Bishop McGuinness Catholic High School in 1960 and went on to obtain her Diploma of Nursing from Mercy Hospital School of Nursing in 1963. She served in the Peace Corp in Alagoinhas, Bahia, Brazil from 1964-1966 where she had a pet monkey. Marjorie met her former husband Thomas Myott (now Smith-Myott) in Oklahoma City and after having their first child moved to Minnesota where she lived for the remainder of her life (besides a short stint in South Bend, Indiana). Marjorie raised her children while living in St. Paul and then moved to Shoreview, MN where she lived until returning to St. Paul to join the community at Lexington Landing within the year prior to her death.

Marjorie spent her early nursing career in obstetrics/gynecology, natural childbirth education and pediatrics before settling into the field of chemical dependency inpatient treatment and, at the end of her career, psychiatric nursing, working at the Fairview Riverside Hospital (formerly St. Mary’s Hospital) from 1981-2005. Marjorie had a long-time interest in alternative medicine and while in her 60s became a healing touch practitioner, volunteering her gifts at Woodwinds Hospital and the Love Grows Here Wellness Center.

Marjorie dedicated her time to continuous personal and spiritual development and had many interests including gardening, creative expression, reading and travel (especially to the Southwest). Marjorie valued her spiritual development and intuition and developed deep friendships with like-minded friends. She was fiercely independent and drew others in with her gentle spirit and individuality.

She will be greatly missed by her family as well as new and old friends.

Marjorie will be interred at Lakewood Cemetery. Her family is planning a Celebration of Life for Spring 2022.

To order memorial trees or send flowers to the family in memory of Marjorie Noonsong, please visit our flower store.