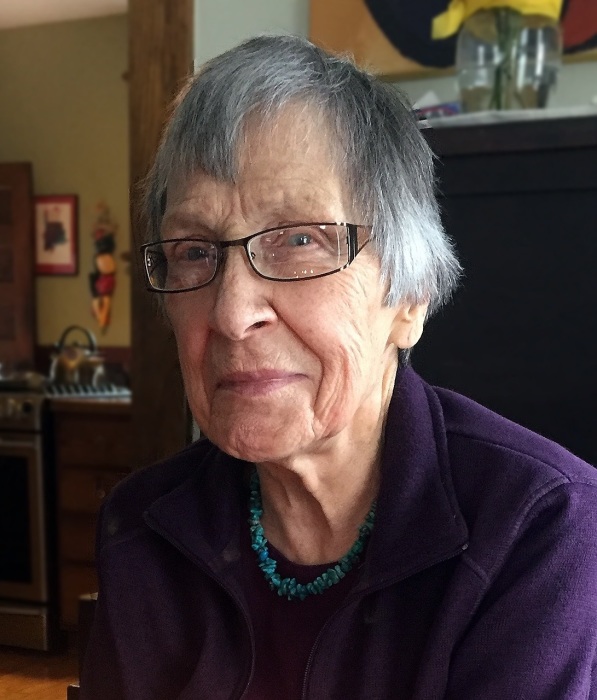 Rose Favorito, age 95, most recently of St.Paul, Minnesota, passed away peacefully at home on Wednesday, August 29.  Born in rural Elmhurst Pennsylvania to Ukrainian immigrants Alec and Mary Tysiak, Rose was the 3rd oldest of 8 children. As a young adult she left the farm and moved to New York City where she thrived in the hustle and bustle. She met and married Manual (Manny) Favorito and was a homemaker while raising her two sons, Chris and Craig, on Staten Island, New York. In the mid 1970’s, she and her husband and children relocated to Albuquerque, New Mexico where she greatly enjoyed hiking and exploring the state known as the “land of enchantment.” With her knowledge of health and wellbeing, she was highly valued as an administrative assistant for a medical group of family physicians in Albuquerque where she worked for many years. She and her husband Manny later retired to Deming New Mexico before ultimately relocating to Inver Grove Heights Minnesota to be closer to family after the death of her oldest son, Chris Favorito in 2015.  Her husband Manny also passed away in 2015. She is survived by her son Craig, grandchildren Danica, Dominic and Antonio.  Rose was married to her beloved husband Manny for 66 years. She had a kind heart, was patient and helped those in need. She enjoyed cooking, travel and spending time with friends and family. She grew fresh herbs and was an avid reader. Active well into her eighties, she practiced Tai Chi and joined the hiking club in Deming. Rose will also be missed by her sister-in-law Kay Giammusso, brother-in-law Sal Giammusso, nieces Patti Fedelski and Barbra Cook, daughter-in-law Donni Rose, step-grandson Brit Rose, son Craig, daughter-in-law Audrey and grandchildren Danica, Dominic and Antonio Favorito.  Rose is preceded in death by her parents Alec and Mary, sisters Joan, Helen, Kathrine, Mary, brothers Alex, George and son Christopher.

In lieu of flowers, please make a contribution to the following:

To order memorial trees or send flowers to the family in memory of Rose Favorito, please visit our flower store.