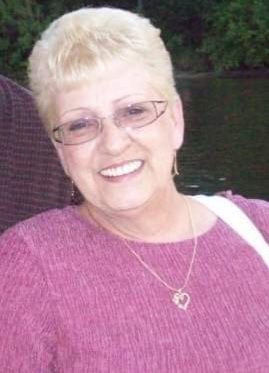 Susan (Garrow) Fitch the daughter of Wilma and Robert William Garrow was born August 15, 1945 in La Crosse Wisc. and passed away May 6th 2022 at her residence surrounded by many loved ones. After spending a few of her earlier years in La Crosse Wisc. Susan and her family moved to Twin Cities. Susan spent most of her school years in St Paul, her earlier high school years were at Monroe HS in St Paul, but graduated from Woodbury High School in 1963. After marrying Leonard Cotten Sr. she was blessed with two children Leonard Jr. and Christine. On October 9th 1982 she married Brian Fitch and they added a “bonus daughter” Katie Ekdahl in 1985. Susan worked as an Administrative Assistant for Ramsey County, Pinkerton Security (where she met Brian) Norwest Venture Capital, Wells Fargo, and finally with CHS Cooperative, retiring in 2007. Along with working Susan often times volunteered for various non-profit agencies serving on their board of directors. Even in retirement Susan keep close to former co-workers (Barb) often times going out to lunch or simply chatting on the phone.

Susan enjoyed going out to dinner on the weekends often times followed with dancing and socializing with some of her close friends Jan and Jean, but mostly she enjoyed being with her family and attending various family functions especially Christmas gatherings. In her last few years a trip along the Wisconsin/Minnesota border to view eagles along with a nice lunch with her husband Brian and granddaughters, brought Sue much enjoyment.

To order memorial trees or send flowers to the family in memory of Susan Fitch, please visit our flower store.